Today I would like to discuss with you 2 topics :

First topic today : Thank you!! The project has been (almost, sorry for few backers who still have shipping problem/waiting replacements) completed! Most of you received their kit and I even received few nice messages

It has been for me an incredible advanture where I learned a lot of different things. I tried to share them as much as possible to make the journey as interesting as possible, I hope you enjoyed the flight!

If you did you can leave a comment/review on the website it would be very rewarding for me! You can do it there: https://www.8bcraft.com/shop/raspiboy-kit/#reviews Even few words would be highly appreciated! No really, even one word is appreciated!

Second topic today : Revised PCB out of oven As I elarned electronics with this project, my PCB design is quite experimental and it resulted in some unexpected behavious. In particular the charging system which was the TP4302 IC was not meant to enable charge and boost (=play) simultaneously. I did not really noticed it before as in fact it's working on the short run (~5-30 minutes) and truth be said I did not thought to test the play while charging for a long time while developping. So result is that on long term (few hours) it might induce faillure of the PCB...

Also there was some less frequent unexpected behaviours such as not turning ON everytime with the switch.

What it does exactly is : MCP73871 deals with power input, charging, uncharging the battery and gives output power to the system. TPS61090 is right after takes the battery voltage (3.7V) and makes it into 5V to power the pi zero and rest of the system. 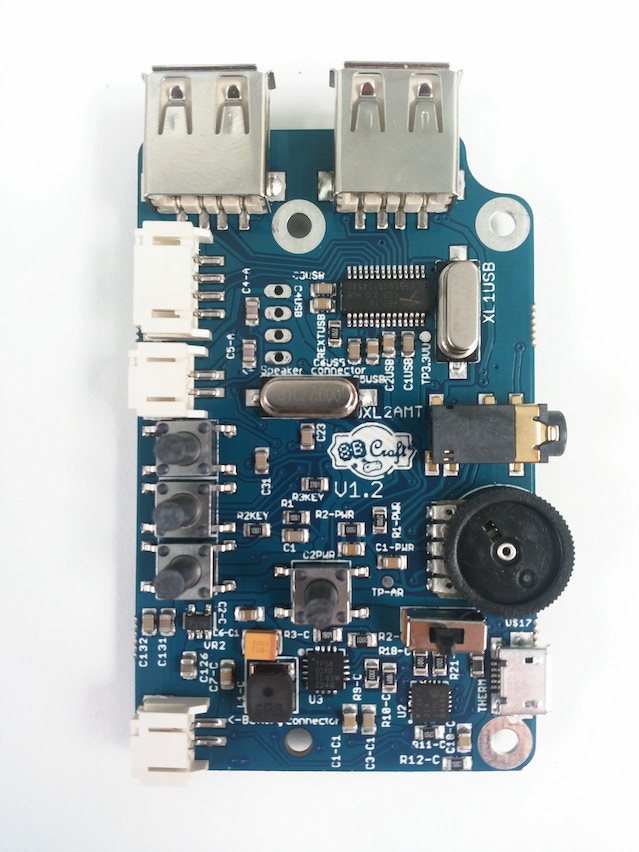 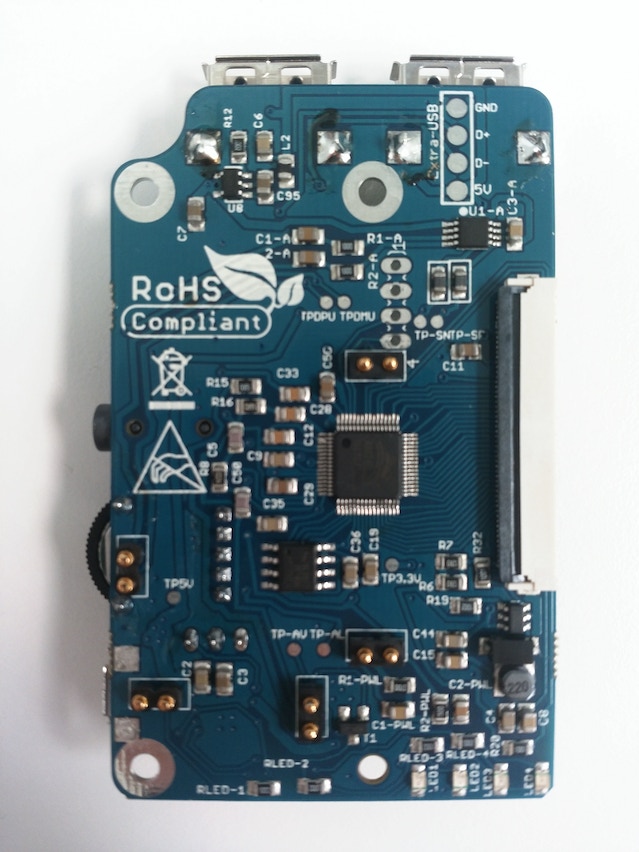 So what changes with this V1.2 revised version?

Charge and play enabled!
More stable
Battery button is no longer a battey indicator button, it is now the GPIO 17 that was not used so far (it's from one of the audio pogo pins pair) So now this button will connect GPIO 17 to ground. So you can use it for different purpose such as : add a controller button if you need one more, make a soft shutdown button (?).
The 4 LEDs changed, they don't show the same now. The order from left to right is now : 1 - System ON . 2 - Low battery . 3 - Charging . 4 - Fully charged
Added a electrostatic discharge protection on the USB connectors
So because I feel that charge and play should have been enable from the first version I will make this new revised PCB available for all backers who want one at the manufacturing price. Which is about 16€ + 8€ for the shipping. If you want to pre-order one you can use the coupon code "PCBReplacementBackers" on the cart

(Of course I would love to send one for free for all backers but the maths just don't work, the project can't handle that...)

This second production needs about 4-5 weeks from now to finish. So it should be ready about the 5-10th of November